Often called the “Pearl of Adriatic” this is a country of unique beauty and dramatic contrast where beautiful mountains surround calm waters. Located in the South-eastern Adriatic, Montenegro has 295 km shoreline, Unesco listed towns, beautiful beaches and four National Parks. Montenegro presents a mix of the cultural influences of the Venetian, Ottoman and Hapsburg empires which makes it particularly attractive with great cultural diversity. There are two International airports in Montenegro: Podgorica and Tivat. 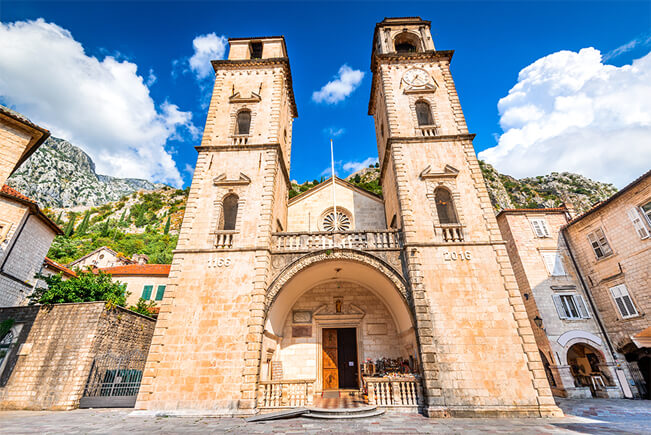 A small village surrounded by fortified walls overlooking a beautiful bay. The town is a medieval maze of museums, churches, cafe-strewn squares and Venetian palaces and pillories. The treasure of this ancient beauty of Montenegro, now a World Heritage Site, however, is the cathedral of Sveti Tripun (St. Tryphon), built in 1166 and inspired by Byzantine architecture. In front of the cathedral every year the agency Fabrika, in collaboration with the national government, organizes the Kotor International Fashion Festival now in its 18th edition. Many designers showed their collections on the catwalk en plain air: Emanuel Ungaro, Diane von Furstenberg, Jean Paul Gaultier are some of the biggest names of the fashion world who attended the event. 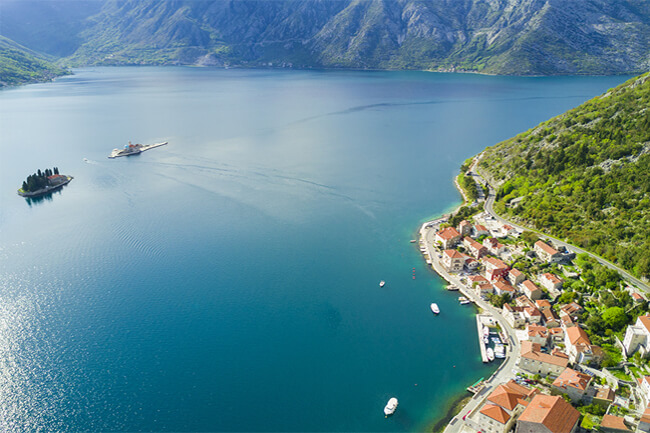 Perast is the homeland of many world-known sailors and a town whose destiny has always been related to the sea. By its lifestyle, it resembled Venice with which it had very lively trade and cultural links. There are a lot of remains of the old aristocratic palaces that now bear witness to its ancient splendour and richness. In one of them, the Bujevic’s palace, the Town Museum is located.  There are two islets around Perast town – Gospa od Skrpjela (Lady of Skrpljel) and St Gorge, both unique tourist attractions. 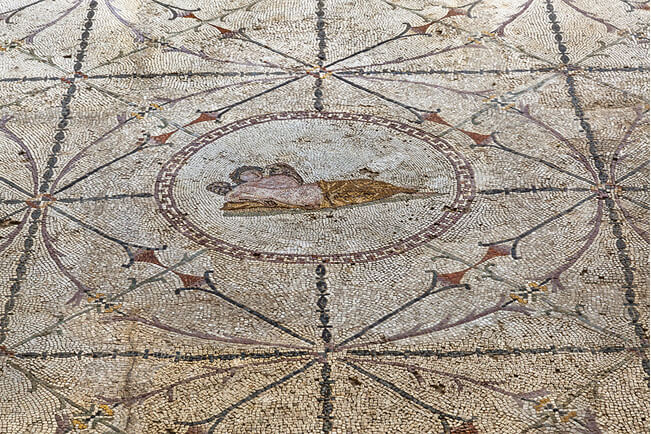 Risan is famous for the remnants of the classical culture. The remains of a Roman patrician’s villa with mosaic floors as beautiful as those made in Roman period can be found here. 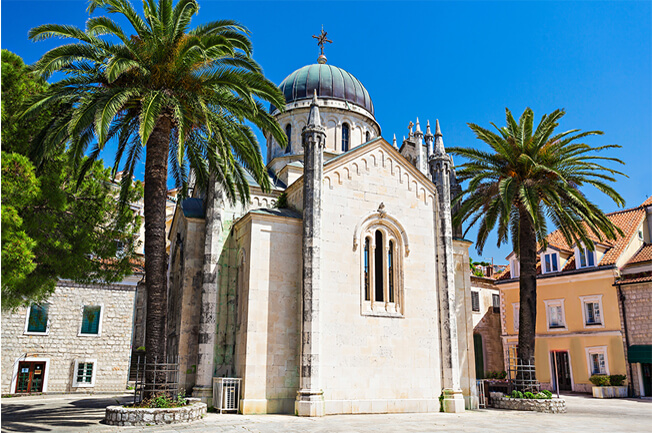 Herceg Novi is a town situated at the end of the bay. Its appearance is an illustration of its turbulent history. The town is a fine combination of romantic, Byzantine and oriental styles interweaved in the Mediterranean appearance of this town.
Today, Herceg Novi is the town of flowers with all its windows faced toward the sun and the sea. It is one of the warmest towns on the Adriatic coast. One should visit the City Museum and the Archives, the Modern Arts Gallery, and the Old town with Tower clock. 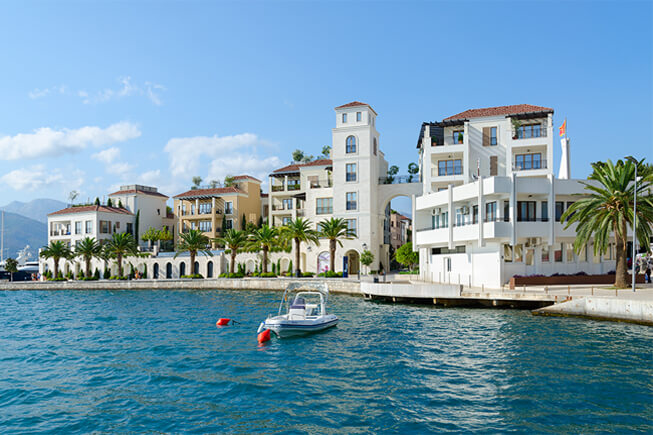 The small “Saint Tropez”. At about twenty minutes from Kotor, surrounded by the waters of the Bay of Kotor, Porto Montenegro was born, a luxury village and brand new building specifically created for tourists who love luxury and can afford to travel by boat. The marina is surrounded by the seafront and exclusive residence where between a walk and a cocktail you can choose to play sports on the beach and have lunch at one of the international restaurants found in it. Or you can visit shopping street and shop in one of several flagship stores where renowned fashion houses have already opened their own boutiques. 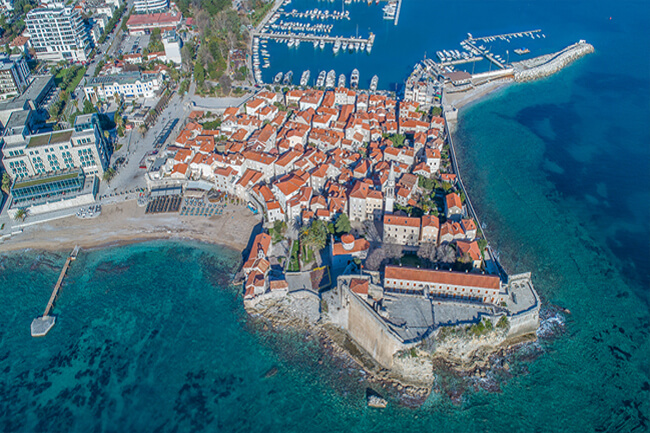 Aside from enjoyment in exciting nightlife and beautiful beaches, Budva will take you on an incredible journey throughout history. Budva is one of the oldest settlements on the Adriatic coast, over 2,500 years old. With its perfect location, settled inside a small peninsula, part of the black Montenegrin Mountains have safely guarded one of the most beautiful Christian settlements and definitely the most amazing churches in this part of Europe. 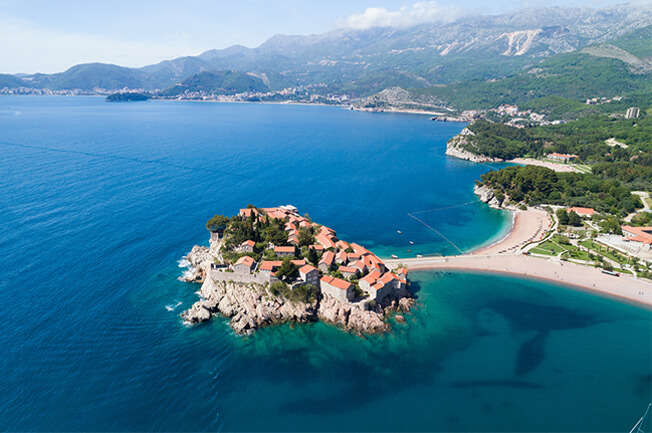 A fortified island village connected to the mainland by a narrow causeway, its photogenic jumble of 15th-century stone villas overlook an impeccable pink-sand beach and tempting turquoise waters. In the past was a favourite hangout of 60’s film stars and royalty like Sophia Loren, Doris Day and Princess Margaret. Sveti Stefan has unsurprisingly been named as Montenegro’s most photographed site. 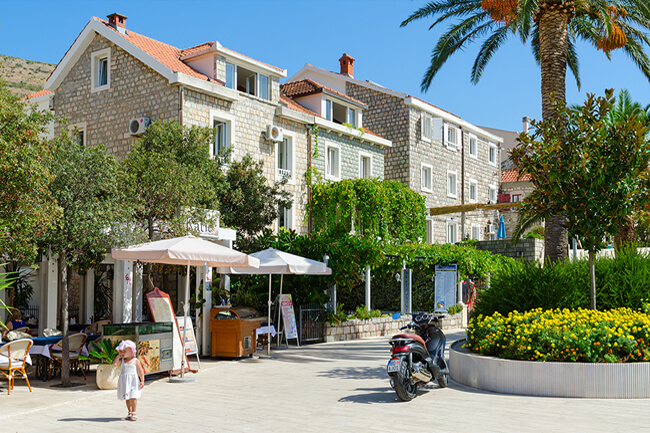 Petrovac is a city with a rich and interesting history. The first habitants settled here in the 3d century A.D., that is according to the Roman mosaics, which Petrovac is surely famous for. Later on, the settlement got the name of Castel Lastva in the 16-18th centuries and was renamed to Petrovac only in the 20th century. It is now very attractive to tourists from all over the world, for its fresh air from the pine and olive groves, clear blue water, a variety of pebble beaches that give the opportunity for an unforgettable family holiday.

In the western part of the town are the remains of St Nicholas’ Church (Crkva Sv Nikole) offering glimpses of Serbo-Byzantine frescoes. The northern corner has the 11th-century fortress with much-photographed views showcasing Stari Bar’s isolated setting amid mountains and olive groves. Nearby are the foundations of St George's Cathedral (Katedrala Sv Ðorđa). Originally a Romanesque church, it was converted into a mosque in the 17th century by the Turks, but the unlucky edifice was yet again in ruins after an accidental explosion of gunpowder.  If you’re wondering why St John’s Church (Crkva Sv Jovana) is in such good nick, it’s because it’s been completely reconstructed by one of the families associated with the original church. One of the few other buildings to have an intact roof is St Verenada's Church (Crkva Sv Verenade), which contains a display of photography from the greater Bar area. Ottoman constructions include a solid and charming Turkish bathhouse from the 17th or 18th century, the clock tower (1752) and the 17th-century aqueduct that carried water from a spring 3km away; it was reconstructed after the 1979 earthquake. 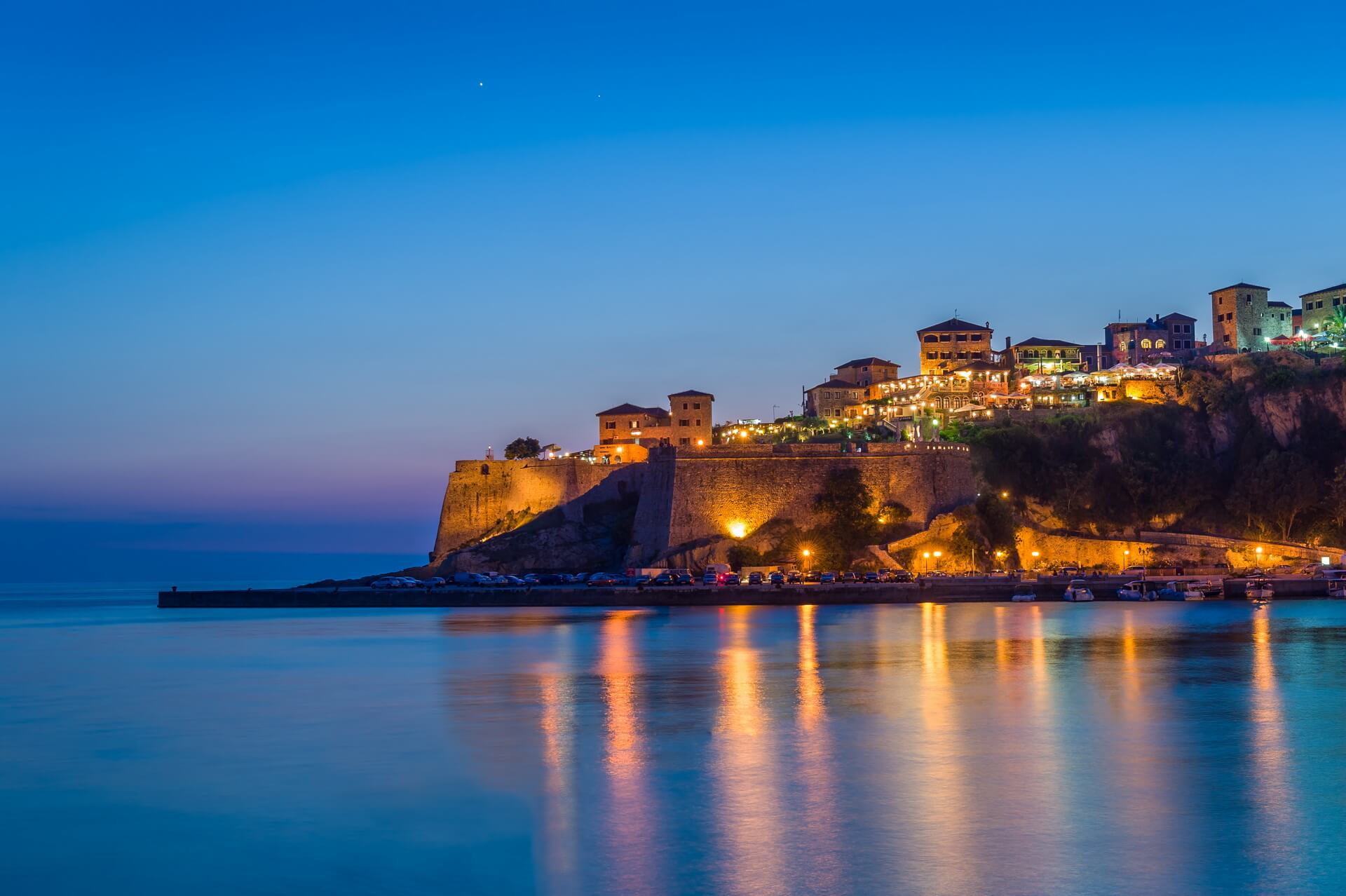 Ulcinj is the southernmost town on the Montenegrin coast, well-known for its long sandy beaches, where the view to the sea makes the spacious horizon seem infinite. It is believed that ancient Ulcinj was founded by the Illyrians in the 5 century BC, and because of its strategic importance, it has been the target of many conquerors: Illyrians, Greeks, Romans, Venetians, Turks, pirates, Italians. The town was first named Colchinium, after the Illyrian tribe Colchis, afterwards Dulcinium. If you’d rather take in an entirely different species, the nearby Ulcinj Salinas is home to thousands of birds, including – surprisingly – flamingos.